Introduction
The geology of Iceland is unique. Situated on the divergent boundary between the Eurasian plate and the North American plate, it also lies above a hotspot, the Iceland plume. The plume is believed to have caused the formation of Iceland itself, the island first appearing over the ocean surface about 16 to 18 million years ago. Upwelling commenced in the early Tertiary and sea bed core evidences 55 million year old rock. The result is an island characterized by repeated volcanism - Surtsey, a new volcanic island was formed in 1967. Geothermal phenomena such as geysers are a great natural resource
See Event page at: https://www.wgcg.co.uk/?p=3748​
or
https://www.wgcg.co.uk/events/event/m...​

Our speaker: Stuart Blake
Stuart Blake is an Instructor and the Director at the Lochranza Centre https://www.lochranzacentre.co.uk​ He arrived on Arran some 38 years ago as a graduate and teacher of geology to take on the role of an instructor. He has taught geology and acted as a mountain leader, both on Arran and overseas in Iceland for most of that time. He also enjoys visiting and sampling geology from other areas – his most recent excursions having been to the Azores, the Caribbean and Ireland.

The Lochranza Centre employs six staff as instructors and the Geopark has a coordinator, all sadly furloughed at the moment.
More at: https://www.lochranzacentre.co.uk​
Since the Geopark and the Lochranza Centre are not in receipt of any government or Council funding they have try to raise the money to keep going. The Centre provides accommodation and
/ or tuition to people of all ages, from primary school age to those in the U3A. Teaching covers the geology, geography and biology of this island home. Activity courses are run offering gorge walking, mountain biking and abseiling, to name but a few of the activities available. The centre offers accommodation for people attending courses or just wanting to visit the island.
Link to Arran Geopark http://www.arrangeopark.co.uk 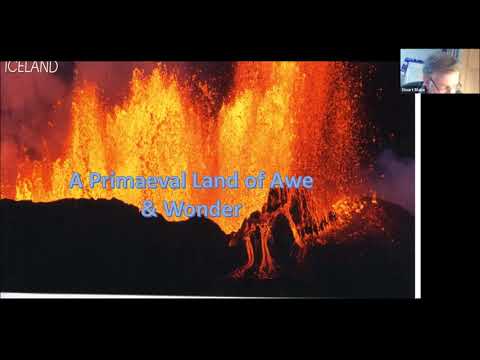