Added 3 weeks ago by
15 Views
The Danish Defence Command (Forsvaretdk) under the Ministry of Defence of Denmark will take delivery of its first F-35 fighter jet.

“Ready for delivery! Tomorrow, Denmark’s first F-35 will be handed over to Forsvaretdk at a ceremony in Fort Worth, Texas,” the Embassy of Denmark in U.S. announced in a tweet.

The aircraft will remain in the U.S. where it will be employed for pilot and maintainer training under the auspices of the U.S. Air Force’s 308th Fighter Squadron, part of the 56th Fighter Wing.

Denmark flew its first F-35 Lightning II production aircraft ‘L-001’ around mid-March. It became the fifth European NATO nation to be armed with the F-35 alongside the UK, the Netherlands, Norway and Italy.

The Royal Danish Air Force (RDAF) expects to receive its first F-35A on home soil in 2023. Flight operations are due to commence there in 2023, as deliveries run through to 2026.

If the person concerned is not pleased with the news related to the video displayed in this channel, we will delete it from our channel. 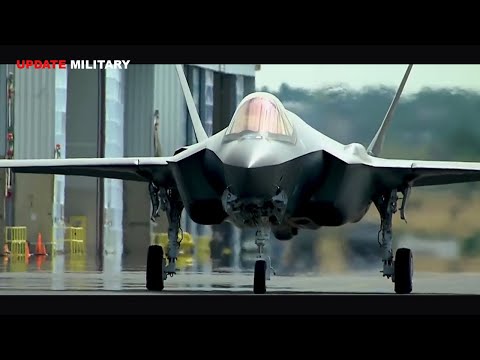 The Danish Defence Command (Forsvaretdk) under the Ministry of Defence of Denmark will take delivery of its first F-35 fighter jet. “Ready for deliver...