Added 3 years ago by vindheim
136 Views
Gribshunden (or Griffen), sunk in 1495, is possibly the best preserved 15th century warship in the world. Probably built in the Netherlands with timber from France, used by the Danish king on travels to England, Norway and Sweden, it is truly an international shipwreck. Since it is carvel built, it can also give important clues to the ship building techniques used by the great explorers, Columbus and Vasco da Gama.

A Gribshunden seminar took place in Ronneby, Sweden in November 2015. The aim of the seminar was to present current stage of investigation of the shipwreck. Blekinge museum and the county administrative board of Blekinge invited researchers, conservators and archaeologists from different parts of Europe to share their research and their view on Gribshunden.

During the surveys of Gribshunden we found a unique ship, in the archaeological sense, and as an entity of its own time. The ship was constructed during the transition from the medieval period to the early modern era. Characteristic for this time was the arising of a new power ideology that was materialized in structures that would signal the centralization of the monarchy. The ship Gribshunden can be regarded as such a structure. This kind of ship was one of the first merely constructed for warfare. It’s also important as an archaeological site and artifact, as it brings forth new historical knowledge on the geographical area and current period. It was used during a quite limited and short time span.
The surveys conducted have in large been non-intrusive one, where the aim has been not disturb the site. They were carried out by recording the site from the surface and measurements and sketches underneath the surface. By combining this information we made a preliminary plan of action. Gribshunden is very well preserved and we were able to record the outlines of the ship and to separate the different parts from one another. Some parts revealed methods of construction, the carvel, and the distribution of guns, the gunwale, and other features connected to warfare. The best preserved part of the ship is the forecastle, where the figurehead was found. By combining the findings with written sources and paintings from the 15th century we can make an assessment of potential findings. For example, there exists a painting of the same type of ship as Gribshunden, which displays two figureheads in the forecastle. Perhaps this will be a feature likely to discover. 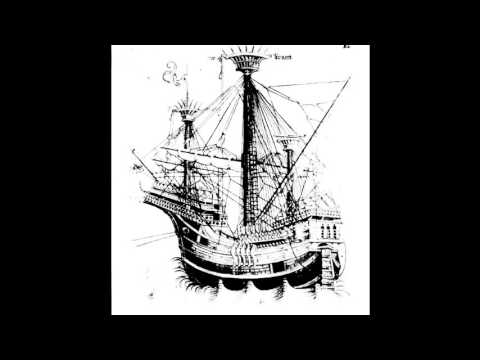 Gribshunden (or Griffen), sunk in 1495, is possibly the best preserved 15th century warship in the world. Probably built in the Netherlands with timbe...